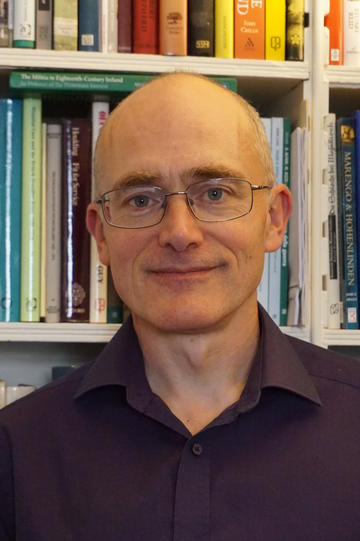 Peter H. Wilson is Chichele Professor of the History of War at the University of Oxford, Fellow of All Souls College, and Principal Investigator of the ERC-funded Fiscal-Military System project. He worked previously at the universities of Hull, Newcastle and Sunderland, and has been a visiting fellow at the University of Münster in Germany.

His books include The Holy Roman Empire: A Thousand Years of Europe’s History (Penguin/Harvard UP, 2016), with an Italian translation (2018) and one in Chinese in preparation, as well as Europe’s Tragedy: A History of the Thirty Years War (2009) which won the Society for Military History’s Distinguished Book Award, and has been translated into Polish, German and Spanish, with Chinese and Macedonian translations in preparation. His latest book, Lützen, was published in 2018 by Oxford University Press.