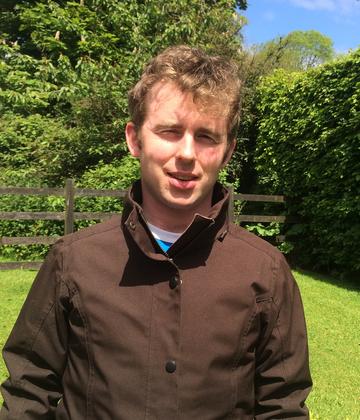 I completed a Bachelors degree in Law and European Studies at the University of Limerick in 2009, and subsequently undertook postgraduate study at the University of St Andrews, receiving an MLitt in Reformation Studies (2010) and a PhD in Modern History (successfully defended in 2015). Since then, I have been an Associate Lecturer at Limerick (2015-16, and again in the spring of 2019) and St Andrews (2016-18). Between October and December 2018, I was a Rome Awardee at the British School at Rome, researching diplomatic ceremonial at the papal court, as well as the relationships between France, the Holy See and the small Italian states.

My research centres upon politics, warfare, and diplomacy in seventeenth-and eighteenth-century Europe. In particular, I focus upon the duchies of the Po plain (Parma-Piacenza, Modena, and Mantua-Monferrato) which were governed by princely dynasties with limited military and financial resources and an acute awareness of their dwindling geopolitical significance. My PhD dissertation assessed the understudied roles of these small states in Louis XIV’s foreign policies between 1659 and 1689, and I am currently preparing this dissertation for publication as a monograph. Moreover, the considerable political, commercial, and financial connections between Lyon, northern Italy, and the Swiss cantons in this period are of great interest to me, since they demonstrate the existence of thriving networks of exchange and co-operation, particularly in times of war.

More broadly, I have taught extensively upon early modern European history, particularly with regard to the so-called “rise of absolutism” in Bourbon France. I have also taught modules on war in the early modern period, covering inter alia the challenges inherent in efficiently financing conflict in an age when the centralisation of state power was in its infancy.

As a Research Associate, I will investigate the Republic of Geneva’s significance as a financial hub, as both France and the Allied powers sought to profit from its neutral status in order to harness flows of credit which were facilitated by wealthy merchant-banking families such as the Lullin and the Saladin. For instance, Samuel Bernard, the most important international banker in Louis XIV’s complex system for the raising of credit, used his extensive contacts in Geneva for the transmission of money, both in bills and specie, to French armies campaigning in various theatres. Geneva was thus part of a transalpine chain of financial centres, which also included Genoa and Amsterdam. This “Protestant Rome” was both an important expediter of the designs of larger powers, and a successful “small state” in its own right.

‘The role of women in Louis XIV’s relationship with the Gonzaga-Nevers di Mantova between 1665 and 1691’, in Diplomatica, published by the Don Juan Archiv, Vienna (forthcoming, 2019).