Research projects often begin by reading overviews and introductions to the topic - at least, that’s how it usually starts for me. However, the more you already know, the easier it is to identify gaps. And gaps are where it becomes interesting. 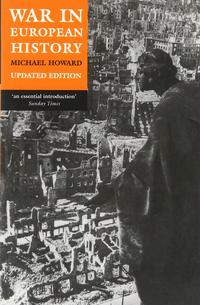 Take for example Michael Howard’s War in European History, first published in 1976, and a second edition in 2009. It is a wonderful book to start thinking about war, how war influenced society, technology and political developments, and vice versa, and in general to gain an understanding of approaches to the history of war.

However, the usual problem with overviews and introductions is often either a lack of detail, and/or a certain amount of glossing over. In this case, it might be a bit of ignorance for the Eastern and Northern European history (which was, admittedly, a bit hard to include in the 1970s). Reading that apparently there were no major battles between Mühlberg (1534) and Breitenfeld (1631), except for Nieuwpoort (1600) and the battle of the White Mountain (1621) (p.34) immediately brought the battle of Stångebro (1598) to my mind. This was the battle where the power struggle between Duke Charles of Södermanland (later Charles IX, father of Gustav II Adolphus) and king Sigismund of Sweden (also Sigismund III of Poland-Lithuania) was decided in the former’s favour. My second thought went to the Livonian Wars, and surely there must have been some open battles there as well? A quick search reveals the battle of Ergeme in which the Teutonic Knights were thoroughly defeated by Russian troops under Ivan IV. It doesn’t necessarily distract much from the point Howard is making here, namely about the reluctance of 16th-century armies to lose their trained and valuable military assets (military leaders, soldiers, cannons, weaponry, and so on) in these unpredictable battles, but it still emphasizes a gap of common historiographical knowledge. There are still decisive battles in Europe - maybe more on the fringes and thus a bit more unknown, but they are there, and they had quite an impact on political history as well.

One of the many questions I hope to shed a bit light on, concerns the role of the Baltic in European warfare, and in the development of the fiscal-military system. But maybe, one part of this will also be to bring historiographical knowledge of some of the battles and warfare going on at the fringes (which were not so much at the fringes in Europe in the early modern period) more into the general historiography of European war.

Keep your eyes out for more on the Northern Wars defining the period 1558-1721. No, I am not kidding - the Baltic powers hardly had any year of peace during these 164 years if you also include domestic conflicts, civil wars, and wars outside of the Baltic in which these powers were fighting. There is a bit after the Livonian War (ended 1583) before the Russo-Swedish War beginning in 1590, a bit after the Westphalian peace of 1648 and before the Russo-Polish War (since 1654) and the restart of the Northern Wars in 1655, and then finally the 1680s and 1690s seemed to be relatively peaceful. So, all in all, maybe about 30-35 years without conflict in 164 years? And I am sure, I might find some internal or smaller violent conflicts which included fighting in these years as well when I start really digging in. I am not sure if the term “conflict zone” still captures the Baltic situation in the early modern period – seems a bit too reluctant. The Baltic was a “war zone”, and now the question is how they managed to conduct so many wars over such a long period – it’s not that cheap to fight. Furthermore, how did they manage at the same time to keep up trading and become one of the most important trading partners for the Dutch, providing grain for basically all of Europe? Hopefully, I can start answering some of these questions in due time.

Let me know if you know of conflicts in which the Baltic powers Denmark-Norway, Sweden, Russia, Poland-Lithuania and the smaller territories in Northern Germany, Hanseatic cities, and so on, were involved in these times!